The only way to survive summer is to eat ice cream at every meal. A doctor told me this. I don’t know if they were a medical doctor. Why do you have so many questions? Anyway. I hear you, this can’t just be any old ice cream, it’s got to be the most beautiful/unusual/ridiculous ice cream going because who wants boring old Mr Whippy? So bring the kids (see below for buggy accessibility) and get blown away.

Who knew ice cream could be sexy? This stuff looks like it just rolled out of a one-night stand with amazing bed hair and is now casually smoking a Gauloises. One for all the sex fiends and summer goths out there, this incredible cone gets its colour from coconut ash. You can nab Jude’s Black Coconut ice cream at The Pear Tree Cafe in Battersea Park. (Buggy accessible)

This unassuming bakery on Wardour Street sells these adorable taiyaki soft serves in both vanilla and matcha (don’t tell anyone but I am not into matcha even though green ice cream is prettier. This is where I draw my line in the sand). (Buggy accessible)

Obviously this is a debacle of an ice cream, which is almost impossible to eat without it going everywhere but just look at it. It’s like staring into the face of god. You can eat this beast in Milk Train Cafe. (Not buggy accessible)

Aren’t these just the cutest ice cream sandwiches you’ve ever seen?! These are deeply kawaii to me. They’re only available at the weekend in Soho and Covent Garden from Yolkin, and the flavours change every fortnight so head down before they change again and you miss out on your fav. (Buggy accessible)

Maxwell’s are kind of renowned for their ridiculous creations (they’ve got this one burger that they just pour a jug of liquid cheese over) so if you’re in the market for a unicorn freakshake then this is the place to go. FYI, I couldn’t finish mine, it was just OTT. (Buggy accessible)

Soft Serve Society’s ice cream looks like magic to me (these guys do freakshakes as well, by the way). It’s not like a Mr Whippy—the ice cream curls out of their machine in a perfect cylinder that looks amazing in a cone. OK, sort of like the poop emoji but stop hating on the poop emoji like it isn’t your most used emoji. You can’t beat their caramel affogato though, which only comes in a cup—it’s delicious AND beautiful. (Not buggy accessible)

These eclairs with an ice cream centre have just launched at Melba and they’re an especially upmarket affair as you would expect. There’s a huge variety of toppings and sauces to adorn your ice-clair too, so you can create your own unique ice cream work of art. (Buggy accessible)

Oh god. I love Dominique Ansel so much: everything concocted there is a dessert you once had in a dream. I want to make Dominique Ansel the godfather of my child. So good. These s’mores are just unbelievable. Honey marshmallow wrapped around Tahitian vanilla ice cream with chocolate wafer crisps, served on a smoked willow wood branch and torched to order. Expensive for about four bites but each bite is *love heart eyes emoji*. (Buggy accessible)

Amorino know what they’re doing; there’s always a queue at most of their branches because who doesn’t want gelato in the shape of a rose with a macaron squished into its centre? No one. Everyone wants this. Put a ring in the middle of one of these bad boys and go propose to someone now. (Not buggy accessible)

These guys will chop up whatever you want (within reason, what’s wrong with you?) and make ice cream out of it in front of your very eyes. It’s quite an experience. They’re also in Stratford, Westfields. (Both buggy accessible)

Aren’t these little mochi from Little Moons just the cutest? Yes, they are. The coconut ones are the best and you can pick them up on the way home from work if you’re near Piccadilly. Along with a bunch of other glorious groceries that will probably bankrupt you because Wholefoods. (Buggy accessible)

Maybe not the most beautiful ice cream on this list but hey, this is good stuff. The Frosties ice cream is just delicious. I understand that as a progressive person I am meant to despise the Cereal Killer Cafe for somehow being a symbol of gentrification but I can’t and I won’t because yummy. I am a sell-out. Don’t hate the ice cream, hate late capitalism. Also, top tip: the Shoreditch branch does NOT do ice cream. (Not buggy accessible)

The bubble waffle is good BUT is it wait for an hour in a long snaking queue good? I’m not convinced. You can choose your own ingredients here to make your waffle as aesthetically pleasing as possible (I don’t think I got my combo right but I wasn’t going back to queue again; I got pooped on by a pigeon in the queue, it was a bad time). (Not buggy accessible)

A version of this article first appeared on Emily’s website, Mama needs a mimosa. 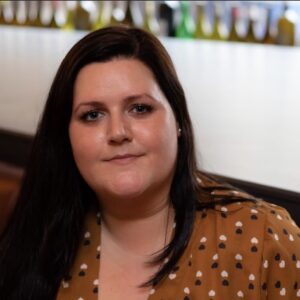 Emily Lawler is a new mum (but an old foodie) who reviews restaurants from a parent’s perspective for their kid-friendliness. She also hosts monthly foodie family meet-ups across London. You can follow her on Twitter, Instagram and Facebook or just check out her blog at mamaneedsamimosa.com.