A brilliant beginning for every learning journey

The Tiger Who Came to Tea – live family theatre in Finchley

Fancy your Christmas shows a little more stripy? Then you’re invited to tea with a very hungry fellow at North Finchley’s artsdepot this season.

Based on the much-loved book by Judith Kerr, this Olivier Award-nominated stage version of The Tiger Who Came to Tea, transfers from its hit run in the West End to North Finchley’s artsdepot for the Christmas holidays. 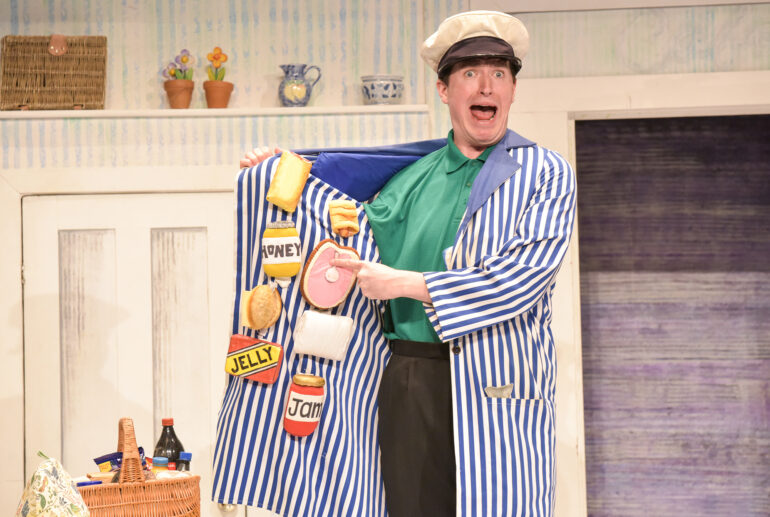 It’s full of slapstick, songs and plenty of audience participation to keep children entertained (the show is recommended for 3 to 8 year olds, although I’d suggest it resonates best with the lower half of that age bracket). In fact, if you think Tiger isn’t festive enough for a holiday treat, I’d say it packs plenty of pantomime-style tricks into an hour to fill with you Christmas warmth. Most of the clowning comes from David Scotland, playing not just the star Tiger with great panache, but also a postman, milkman and (fairly dim-witted) Daddy. These latter characters keep the energy going during a slightly slow start as we all await the arrival of the Tiger.

Once our stripy star has appeared, looking about eight feet tall and filling the stage with his presence, things really get going. As he munches, gulps and glugs his way through the family’s tea, cupboards and fridge, we’re treated to a few deft stage tricks of disappearing food and amped-up sound effects (much to everyone’s enjoyment).

As with all stage adaptations of picture books, there’s always a concern that the simplicity and briefness of the original text won’t be able to sustain an hour’s worth of play. But The Tiger Who Came to Tea fills the time with some cute singalongs and dance-alongs, making this charming show a teatime treat. The Tiger Who Came to Tea runs until 3rd January with tickets from £9 (some BSL interpreted and relaxed shows available). Recommended for 3yrs+.

Also at the artsdepot until 31st December is the wonderful Breaking Ice, a playful and light-hearted show inspired by the true story of an unlikely friendship between a husky and a wild polar bear. Set against the frosty Arctic, this non-verbal show combines physical theatre, puppetry, interactive projection, animation and traditional Sami music. Breaking Ice runs from 15th to 31st December with tickets from £9 (some BSL interpreted and relaxed shows available). Recommended for 2-7yrs.

Press invite: Our writer was invited to attend this performance by artsdepot. 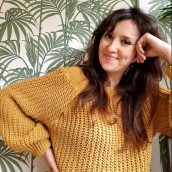 Kerry, parent to two young children, is a writer and PR consultant living in northeast London. When not exploring London's child-friendly museums and foodie hotspots, she is often found in nearby Epping Forest or escaping to her native North Norfolk for some sea air.

A brilliant beginning for every learning journey

Family Theatre Review: The King of Nothing at Little Angel Theatre

Family Theatre in London this Summer: Five to Try