Looking for a heart-racing London family adventure, working together to solve challenges and escape a sinking ship? London mum Emma Bangar was brave enough to go aboard The Golden Hinde and try out their new escape room experience.

Escape The Golden Hinde is am immersive escape room experience. You’re given an hour to save the ship from sinking and have to work your way through several rooms below deck on the ship, solving clues as you go. These range from practical tasks to mental tasks with a moral judgement thrown in and about a minute to make it! 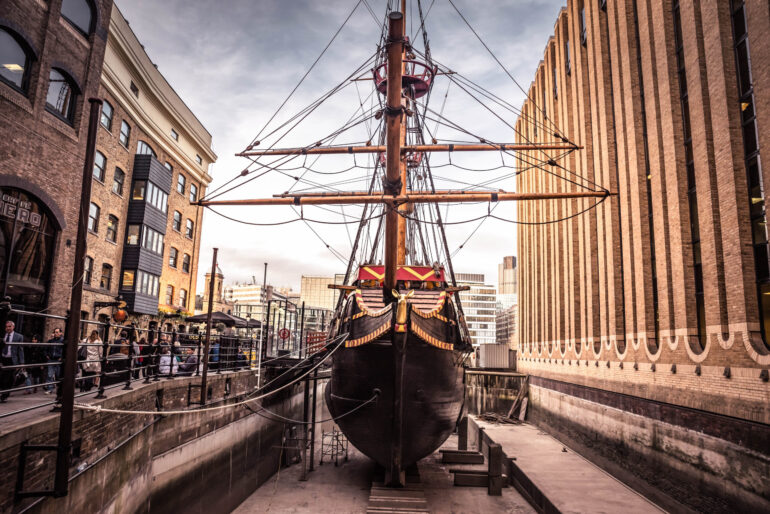 The Golden Hinde is a near-perfect reconstruction of the ship Francis Drake sailed around the world in the 1570s. The reconstructed ship isn’t just a pretty folly though, it circumnavigated the globe in the 1970s – since launching in Devon it sailed more than 100,000 miles on numerous adventures! You can now find it docked right next to Borough Market and London Bridge. Easy access to public transport and delicious food.

The new escape game was created by Secret Studio, a team made up of a mix of film-makers, actors and theatre practitioners. They did a great job, it was a tough challenge and we made it out with 3 minutes to spare!

The challenge starts as soon as you’re on deck and you say the secret phrase. Immediately you’re pulled straight into the drama and you’re off. We started on deck then worked our way down to the cargo hold through various rooms and challenges and ended in the captain’s quarters.

I’d like to say I stood back to give the kids a chance to solve it themselves but actually, they understood the challenges and got stuck in before I did. There were a few surprises along the way and hints to help when you need a bit of a nudge. 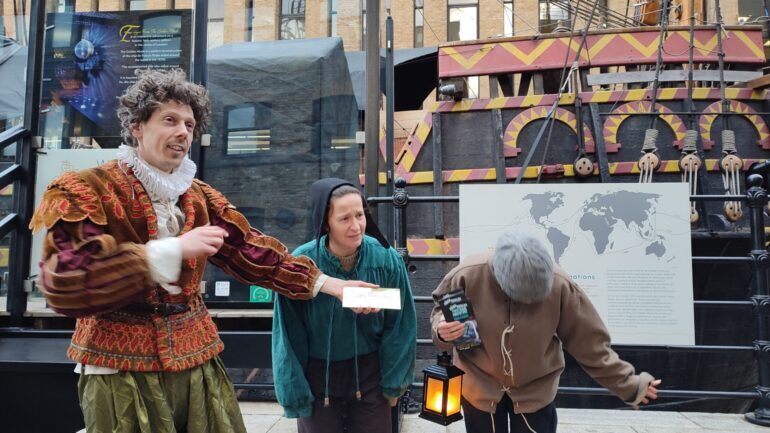 There are actors involved, they meet you when you arrive and are part of the adventure. I can’t say too much as it gives away some of the surprises which we weren’t expecting as we worked our way around. They were very committed to being in character and very funny, but also helpful when we were really stuck.

Our group was made up of two adults, a 14 year old and two 12 year olds. The 14 year old led the group as he seemed to know what was happening before the rest of us caught up. The 12 year olds were given an important task of collecting gold coins along the way which embraced and enjoyed eating at the end.

It wasn’t scary for the age group but there where some scares which they loved, but which might be too scary for younger kids. 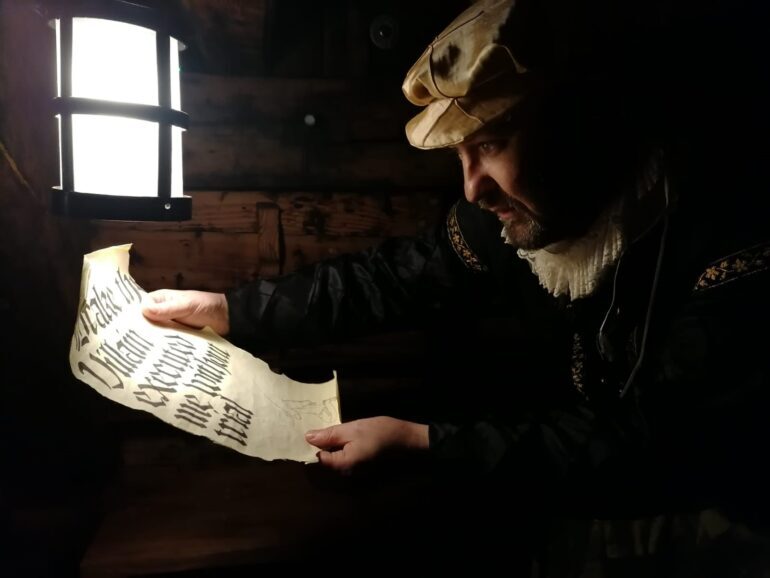 One of the kids said afterwards: “That was really fun and thrilling with loads of unexpected turns!”

We really enjoyed this escape room experience, the hour flew by and there was something that played to all out strengths – I also know how to do a proper pirates salute now!

We had an amazing tour of The Golden Hinde a few years ago, they are good at engaging the kids and being really interesting. It was great to be back aboard.

Currently booking up to 3 months in advance, no end date determined as of yet.

Cost: Children 9 and under; free. Everyone 10+ ; £43. Discounts are offered on many days and timeslots, some over 20 percent off. Check the Special Offers page before booking. (Our reviewer said she’s taken her kids to other escape room experiences and this price was comparable.)

May Half Term Activity Ideas for Families in London