The ongoing ‘trendification’ of comfort-food classics isn’t always a good thing—there are only so many times I can scroll past an Instagram pic of someone’s overpriced macaroni cheese from the latest pop-up restaurant before I want to hurl my phone out of the nearest open window—but sometimes, occasionally, there’s an eatery out there that gets the balance of contemporary and traditional just right. I was sceptical before my first visit to WP Fish and Chips because I’m usually of the firm belief that the best fish and chips come from places that look like they haven’t seen a refit since 1982, but I have to say, these guys won me over.

My usual point of view is that posh and/or trendy-looking fish and chip places are probably going to charge me more money for smaller, not as nice portions, but when WP Fish and Chips opened it caught my attention for a number of different reasons. Firstly, its prime site right next to Ravenscourt Park had been empty for a while, and I was hoping that something interesting (anything but a well-known coffee chain, basically) would crop up there. Secondly, once it did start to take form, it looked promising. Yes, there were minimalist floorboards and white walls but it seemed refreshingly free of gimmicks. It did not entirely rid me of my suspicion that modern fish and chips = small fish and chips, but I was certainly intrigued.

So off we went for a family tea, ordering the usual staples that you are required to by law, namely cod, chips and mushy peas. Oh, and we got some curry sauce too because the novelty of seeing it as accompaniment south of the M6 was just too much excitement for us to bear. When it came to the food, the cynical smirk was well and truly wiped from my chops: WP Fish and Chips certainly knows how to make a batter and fry that fish to perfection. There were none of your soggy, greasy, dayglo orange fillets here. The chips were great too—not classic, squidgy chip-shop chips adored by purists, but perfectly cooked all the same.

Bizarrely, the thing I liked most about WP Fish and Chips was the beer—not the actual type of beer on offer, but the fact that they had one type on tap and served it in a chilled old-school beer mug. This sounds annoying and hipster-ish but it really wasn’t. I don’t want a massive choice of beers to go with my fish and chips; I just want something good and cold. It wasn’t just the beer that was refreshing but also this minimalist approach to choice.

Just like the food, the condiments on the table seemed to strike the right balance too—proper ketchup bottle, onion vinegar and all the usual suspects, gathered together in an Instagram-friendly metal basket thing. The whole place felt like a very happy compromise, especially for families: well-cooked, kid-friendly food in a great environment. Why on earth do so many eateries find this balance so hard to achieve? Yes, the portions are smaller than your usual fish and chip fare, but they nailed it in every other respect so the rest is forgiven.

For more information, check out the WP Fish and Chips website. 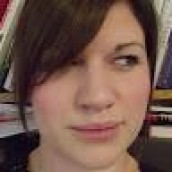 Go to Gao in Forest Hill

Take a seat at The Kids’ Table

Yummy Yummy in My Tummy Kids’ Café in Stoke Newington