Proud to be family

Lima and Beyond: New cultures and landscapes

Peru’s sprawling capital city is one of South America’s top gateways to adventure. Formerly a mere jumping off point for excitement further afield, Lima is increasingly a destination in its own right. And it’s easy to see why: sandwiched between the colossal wilderness of the Andes and a windswept Pacific coast, Lima is a melting pot of cultures, heritage and gastronomic delights. If a big family adventure is on the cards, this might be just the spot. Here are some top tips for family-friendly activities in Lima and beyond.

Despite being built on a desert, Lima is renowned for its parks. Miraflores, the wealthiest district where most tourists stay, is home to a massive six-mile stretch of greenery called El Malecón. High up on the cliffs, bikes are available to hire, famous sculptures litter the paths and local families occupy numerous picnic spots. Just north of the Parque del Amor (the big park is broken into smaller sections) is the city’s parasailing jump—watch people soar over the Pacific Ocean or, if you’re feeling brave enough, strap onto one and join in. More unusual still is Lima’s Magic Water Circuit in Parque de la Reserva, where 13 huge illuminated fountains offer top notch fun for all ages.

There are numerous pre-Inca ruins in Lima itself, some better preserved than others. With kids in tow, Parque de las Leyendas is a good option. Alongside impressive ruins, you’ll also find a Peruvian zoo with interesting flora and fauna from different parts of the country. Here you can see all kinds of animals including Andean condors, llamas, jaguars and spider monkeys. There’s also a replica mine complete with mining cars, a large playground and go-karts for bigger kids.

Lima has as many colonial churches as London does pubs, so there’s no shortage of religious culture. For families, the best one to spend some time in is probably the Church of San Francisco. Not only is it one of the best preserved, but it’s also home to the city’s most accessible catacombs. An estimated 75,000 bodies are buried under the church, with bones stacked in all sorts of shapes and patterns.

Just south of Lima are some of the city’s finest beaches—best visited in the lively summer months between December and April. Head to Punta Hermosa, home to the 2010 Surfing World Championship, to check out some pros taking on fast and ferocious waves. Alternatively El Silencio and San Bartolo have good facilities for families.

A cliché it may be, but a trip to Peru wouldn’t be complete without uncovering the splendours of the Sacred Valley. Cuzco is a good setting-off point for Machu Picchu and lesser-known Inca sites. The town is big and touristy so kids will stay entertained and comfortable, yet its proximity to the Andes and indigenous Inca population makes Cuzco a world away from Lima. Getting the train up into the mountains makes for a good adventure—en route to Machu Picchu it’s possible to stop off at market towns like Urubamba for horse-riding, trekking and white-water rafting.

For a different world again, fly up to Puerto Maldonado and head to Inkaterra’s Reserva Amazonica. Situated in a private nature reserve on the banks of the Madre de Dios River, this eco lodge not only protects its environment but pulls out all the stops when it comes to catering for families. Think thatched cabanas, candlelight, hammocks and the sounds of the jungle. Boat trips, guided walks and a canopy walkway help to bring the jungle alive for kids and adults alike.

Back over to the Pacific and before heading back to Lima there are two places worth exploring. For a proper glimpse at the desert, head to Huacachina in Ica, a desert oasis where huge dunes tower above a small lake. Although touristy, the adrenaline-filled dune buggy and sand-boarding trips won’t disappoint. For something a bit more peaceful, continue onto the coastal desert town of Paracas. Paracas National Reserve is home to huge geoglyphs and flamingos whilst off shore, the Ballestas Islands are nicknamed ‘little Galapagos’ for their population of sea lions, penguins and dolphins—animals every kid (and grown-up) loves.

You can easily fly into Lima with LanAirlines. 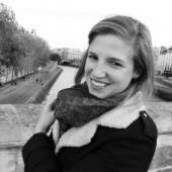 About the author: Holly has been writing about adventures near and far ever since setting off on a two-year “around the world without flying” adventure in 2008. Today she lives in Hammersmith, exploring London and beyond. Alongside writing for the likes of The Guardian, Mr & Mrs Smith, Running in Heels and Real Travel Magazine, Holly is editor of Green Hotelier and runs the blog Weekendist.

Proud to be family